We’ve highlighted J.E. Dyer’s work before, and I’ve been following her for quite some time now. A retired US Naval intelligence officer who served around the world, Dyer now blogs on a number of different sites, covering mainly politics and religion. If you don’t have at least one of her blogs bookmarked, you really should do so. 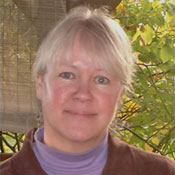 She had two different posts recently, on two different blogs and I thought they dovetailed nicely. They both deal with our current situation and the responsibility we each have to act, not just to “hope”.

Our Founders were profoundly – and properly – skeptical of government.  They stated repeatedly that their reliance was ultimately on the good sense and character of the people.  In 2012, it’s all about the people: who we are and the clarity with which we see our predicament and our options.

That’s one of the biggest reasons why there is so little resonance with our spirits in this year’s election campaign.  The Obama campaign’s attacks on Romney are just noise in this season, but even Romney’s proclamations don’t matter all that much.  In 2012, the governing dynamic is the American people talking to ourselves, deciding who we really are and what we really believe.  Romney isn’t, at any point, going to intrude on that dialogue.  In an important sense, Obama is irrelevant to it, except as an example of the extremes to which our century-long practice of seeking saviors can take us.

The dialogue will continue for years after November 2012.  The dialogue is what matters, and if a sleeping giant is awakening, it will take some time for it to educate itself.  The need for the people to educate and improve ourselves, as self-governing citizens, is actually a good thing, in my view.  If we had another Reagan to elect this fall, we would remain passive, waiting for the president to try to do what only we can do.  It is good for the people to have to step up to our responsibilities, which start with character and knowledge.

Excellent points, but she then makes the same points from a slightly different perspective. This now from her Patheos blog:

At a time like this, it is useful to remember that the Bible gives us no reason to suppose we will be able to control the behavior of our political leaders. We may assign ourselves the obligation of picking better leaders, and I believe God will help us with insight in that regard. But there is no magic formula—no “system”—by which we can guarantee that our leaders will do only what we would have them do, or not do what we wish they wouldn’t.

Meanwhile, what can we do about these alarming events unfolding at a distance from us? The answer I keep hearing is: “Look to your own hearts.” That’s what God is looking at, after all. When we stand before Him at the Last Judgment, He won’t ask us to account for what Eric Holder or Darrell Issa did. Although He sees our political interactions more clearly and comprehensively than we do, they are, for Him, a subordinate phenomenon. What He cares about is the spirit and character of each individual.

Taken together, these two posts create one complete viewpoint of our current societal doldrums. I agree with Dyer: too often have we elected a leader and then sat back, as if we just picked a horse to win in the sixth at Belmont. It doesn’t work that way, and it’s not supposed to. We are supposed to monitor the government, not the other way around. Even the best governments need to be held accountable, as does a young child. Like a child, government will do what it does, and we can only control two things:

Her other point is also true: God is more interested in our character than our country’s. However, if we each live up to our responsibilities, our character can and will change the country, including those whom we elect to govern us.

Speaking just for me, I find both thoughts rather comforting as I go about my Monday.

7 responses to “Character and Responsibility”