Land of the Fearful; Home of the Meek

Three news articles, one new & the others a bit older, all highlighting how far our country has drifted from the ethic with which it began.

A young lifeguard in Florida has lost his job after rescuing a drowning man in a section of beach he was not assigned to patrol, local news media reported Wednesday.

Tomas Lopez, 21, was manning his post on Hallandale Beach, north of Miami, on Monday afternoon when a beach-goer alerted him to a swimmer struggling in an “unprotected” part of the beach.

“It was a long run, but someone needed my help. I wasn’t going to say no,” said Lopez, quoted by the South Florida Sun-Sentinel newspaper and WFOR television on their websites.

By the time Lopez arrived, witnesses had pulled the drowning man out of the water. Lopez and an off-duty nurse helped him until paramedics arrived. The victim survived and was hospitalized.

When Lopez went to file an incident report, he was fired for going 500 meters out of his assigned area.

“We have liability issues and can’t go out of the protected area,” explained a supervisor for the private contractor that supplies lifeguards for Hallandale Beach…….

Super: “Don’t save the drowning guy“. Was this lifeguard supposed to simply let this man die, when he had the ability and training to save him? Has life been so cheapened in our society that it is to be tossed away indiscriminately, in order to guard against a higher insurance premium?

The second item happened late last year, and is from Fox10TV.com:

Eric Henderson was unemployed for two straight years before getting a job at a Circle K in Pensacola. Henderson said he’s been working as a sales clerk for the last 4 months.

And the job was going smoothly until three robbery suspects showed up. “She starts yelling shoot him, shoot him!” said Henderson. Before the suspects had a chance to shoot, Henderson said he saw an opportunity to take the gun from 25-year-old Verna Sealey. “I grabbed her around the neck and slammed her on the ground and grabbed the gun in both my hands,” Henderson said.

Henderson said Circle K’s policy states clerks are not to provoke, chase or engage a robber. When managers saw the footage of Henderson fighting back, he said they fired him.

“I don’t recommend anybody to put your life in danger, but in my opinion this clerk had an opportunity. He obviously felt like he was in danger and he saw an opportunity to save himself,” Detective Dylan Stackpole said. Now, Henderson is back at square one and looking for a job.

Even though he may have saved his life, he lost his job.

There was a time, not that long ago, when such heroics would get you a commendation, maybe even a key to the city in some towns. It would definitely not have gotten you fired!

Welcome to the new America, gang.

This third account is also from last year, but this time it was 4 folks from store security who decided to think for themselves. When things went wrong, they assessed the situation and all came to the same conclusion. At this point, you can guess how that turned out. From KSL.com:

The shoplifter smashed Gabriel Stewart up against a wall. It didn’t take him long to realize that pressure against his lower back was from a loaded gun held by a desperate man who didn’t want to go to jail.

The gunman had a firm grip on Stewart’s shoulder, telling him and three of his Wal-Mart co-workers, “Don’t make me do this.”

“Absolutely, time stopped,” Stewart told KSL News. “I didn’t know what to do.”

Instantly, Shawn Ray and Justin Richins kicked into gear, spinning the gunman around. Lori Poulsen ripped the gun away and secured it. They all held onto the man until police arrived minutes later.

The four Layton Wal-Mart employees felt it was mission accomplished. Police officers told them they had done everything right.

But a week later, all four were fired from their jobs. Wal-Mart said their actions had violated company policy and put their fellow workers and shoppers at risk.

All three of these incidents have people acting in a heroic manner, either out of bravery, concern for others or just self-preservation. When did this become objectionable? The answer, of course, is that now we are supposed to be timid, mild-mannered sheep, who turn a blind eye to people in need or even to our own safety. We aren’t supposed to question authority, even when that authority is nowhere to be found.

These incidents dovetail with our post the other day concerning the Homeland Security training program (“RUN & HIDE“). There, as in the examples above, we are told:  “Submit. Wait. Whatever you do, don’t act.” I’m sure that none of us want to see someone risk their life or break rules needlessly, but in all of these situations a higher action was called for. These people should be praised, not punished!

I have no idea if I’d exhibit the same bravery that these folks did in a similar situation; I pray that I would. Such instincts being stamped out of existence by our increasingly politically correct, overly docile culture is a sin. America was founded by men and women of action who braved the wilderness, taking their families across mountains and prairies in search of opportunity. Self-reliance has been a hallmark of the American Ideal for hundreds of years. Without rugged individualism, we wouldn’t even exist.

Do we not remember 9/11? Has that day already been banished from our national consciousness, only to be trotted out once a year for a few flag-waving ceremonies? Four planes were turned into missiles, with the goal of killing both passengers and thousands of other innocents. But ONE plane, Flight 93, avoided that fate. There, courageous men overpowered their captors and caused the plane to dive into a field, saving countless lives in the process. These men were heroes of the highest caliber. 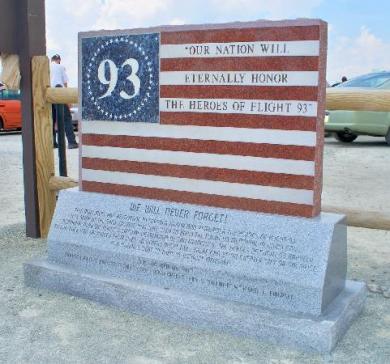 What does it say about us when that same spirit, the lone bright spot of an otherwise horrific day, is being systematically eradicated?

When I imagine this sniveling passivity taking an ever-increasing hold of our great nation, only one thing seems certain to me: no one is ever going to write a book or a movie of someone’s heroic submission to superior forces. And I very much doubt we’ll read a thrilling, inspiring account in a future history lessonof the man who stood idly by, watching, while an innocent person died.

Whenever we observe such nonsense being spewed, we need to do all in our power to confront it. We can’t keep averting our own eyes when we see such idiocy praised as wisdom or enlightenment.

A country is only as strong as its citizens. We need to stand up and be strong again, not be “tsk-tskd” into acquiescence.

We’re not fighting this battle by ourselves, after all. We’re not the only ones observing parts of our heritage being turned on their head. There are countless millions of stalwart Americans who still think for themselves, yet feel they are in the minority now. A decade ago Glenn Reynolds described the “preference cascade“, in which people who have been obliged to conceal their true beliefs by social pressure or sheer force suddenly discover that a lot of other people feel the same way.

It’s why popular sentiment can change, seemingly overnight, on any one particular topic.

And it’s why the Tea Party continues to rack up election victories, while the Occupy crowd almost immediately devolved into ‘Lord Of The Flies’.

Well, I know I’m not alone on this. We’re not alone.

11 responses to “Land of the Fearful; Home of the Meek”