From the Sacramento Bee online:

With California voters poised to vote next week on a tobacco tax hike, a new federal study concludes that the state has used relatively little of the billions of dollars in tobacco money it already takes in to prevent kids from smoking or to help smokers quit.

Between 1998 and 2010, just 6 percent of the money collected from a massive lawsuit settlement and from cigarette taxes went to tobacco interdiction and education programs, the national Centers for Disease Control and Prevention reported last week, far below federal spending guidelines for effectively curbing tobacco use.

And before anyone dismisses this as small potatoes, let’s look at the actual money that was squandered, shall we?

From 1998 through 2010, California collected nearly $22 billion from a lawsuit settlement with tobacco companies and from cigarette taxes, according to the federal report.

It appropriated $1.3 billion, including state funding and federal grants, for tobacco prevention and cessation programs during that period.

In 2010, California spent about $79 million on anti-tobacco efforts, about 18 percent of what federal guidelines recommend spending to have a significant impact on public behavior.

California’s experience reflects a national trend that shows states and local governments have used tobacco-related revenues for just about everything but curbing tobacco use.

You mean that most of the shakedown money that Big Tobacco has been paying for years, plus most of the tax revenue from the sales of tobacco, doesn’t actually go to programs to reduce tobacco use? Who’Da thunk that?

Now, contrary to some folks, I do not think that this is just an indictment of  government greed or inefficiency, although those are both undoubtedly true. No, I think this has more to do with the fact that the State of California is not in the best financial shape. The angle that I see missing in all of these reports is the same issue that we first looked at in ‘Soda is NOT the Enemy‘.

The issue is addiction: addiction to spending.

Think about it: an addict, a TRUE addict, will do or say ANYthing to get their next fix, their next drink, their next bet. When things are in control, there’s no problem. But when times are tough, they will make any promise, any claim, for more. What then is the difference between that addiction and this one? 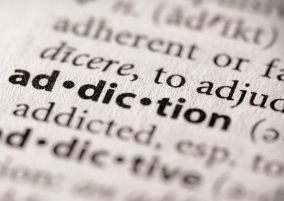 With ‘Soda is NOT the Enemy‘, the addicted parties were the schools and their over-bloated budgets. This time it’s California’s State government, and they’re in the same bind: they actively campaign against the product which is funding a tremendous amount of their very own bottom line.  It’s almost the textbook definition of ‘Conflict of Interest’. It also shows that they’re addicted to the money just like a junkie is to heroin.

The ultimate lesson that I can see is that giving them more money (“…just this time, we promise. Swearsies!“) won’t make it all better, no matter how desperately the addict pleads for it. They can’t be trusted.

The addict needs what ALL addicts need.

So how, exactly, does one enroll an entire government in Spenders Anonymous?

5 responses to “Up In Smoke”