Religion is free, …or NOTHING is free

“Religions are many and diverse, but reason and goodness are one.” 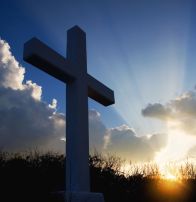 The Catholic Church on Monday launched their counter-offensive on the Obama Administration, striking back at the infamous overreach of Obamacare.

Monday  the Catholic Church filed 12 different federal lawsuits  against the administration on behalf of 43 Catholic dioceses and organizations  ranging from local Catholic Charities to parish schools, hospitals, and  colleges. The lawsuits are in response  to last year’s ruling by the Department of Health and Human Services, known as the HHS, which mandates all healthcare plans must provide  sterilizations and abortion-inducing contraceptives for free, with an exemption  for churches only, not broader religious organizations. Only churches which serve solely the members  of the same faith are exempt; religious organizations which serve the general  public are not covered—the most narrowly defined “conscience clause” ever  adopted under federal law.

This, and the Supreme Court battle of Obamacare itself, are the legal battles of our day. Our freedoms, which are enshrined in our Constitution, are at stake. The suit filed by the Archdiocese of New York sums it up well. From the NYSun.com:

It is, the brief said, “not about whether people have a right to abortion-inducing drugs, sterilization, and contraception. Those services are freely available in the United States, and nothing prevents the Government itself from making them more widely available.” It went on to complain that the government nonetheless “seeks to require Plaintiffs — all Catholic entities — to violate their sincerely held religious beliefs by providing, paying for, and/or facilitating access to those products and services.”

Of course, if Obamacare falls in the Supreme Court’s decision this summer, this could all be moot. But no one is counting on that. Case in point,

…..officials at a Florida Catholic university decided Monday to drop student healthcare coverage, becoming the second school this month to make that call. The  decision at Ave Maria University was based in part on objections to the  contraception rule, but also on projected increased premium costs tied to new  rules in the federal health care overhaul.

Catch that? Apart from the religious freedom aspect of this, Obamacare is also increasing this school’s healthcare costs to where they couldn’t afford to maintain it. Hey, it’s exactly what they promised us: we DID have to pass the bill to find out what was in it!!

Further, the argument that “the coverage will be provided for free” is specious and outright laughable. Even the LA Times called such statements “magical thinking” back in February:

Here’s where the magical thinking comes in. The following is from the fact sheet the White House released Friday:

“Covering contraception saves money for insurance companies by keeping women healthy and preventing spending on other health services. For example, there was no increase in premiums when contraception was added to the Federal Employees Health Benefit System and required of non-religious employers in Hawaii. One study found that covering contraception lowered premiums by 10 percent or more.”

Making everyone in a pool carry coverage whether they need it or not spreads the cost, saving money for those who really do need it and who’d choose to carry it if it were merely optional. But costs faced by the insurer are the same — and when the care is provided with no out-of-pocket costs, the insurer’s costs are likely to go up because more people will use it. Such is likely to be the case with contraception.

No one truly knows what will happen with this, good or bad. Obamacare’s entire sordid tale has taken crazy turns every step of the way; no way is the craziness done yet. I humbly suggest we keep in mind that we’re defending our Constitution, our freedoms. This is not a Catholic fight: this is an American fight. If one group’s constitutionally protected rights can be dismissed so brazenly, ask yourself: who’s next?

Before you answer, you may wish to recall these words from Benjamin Franklin:

We must all hang together, or assuredly we shall all hang separately.

21 responses to “Religion is free, …or NOTHING is free”