If you have somehow been able to avoid this whole “Julia” topic, allow me to spoil your ignorance.

Just this past week, President Obama rolled out an online campaign called “Julia“, which gave a cartoon portrayal of a Liberal’s vision for life for one imaginary woman. 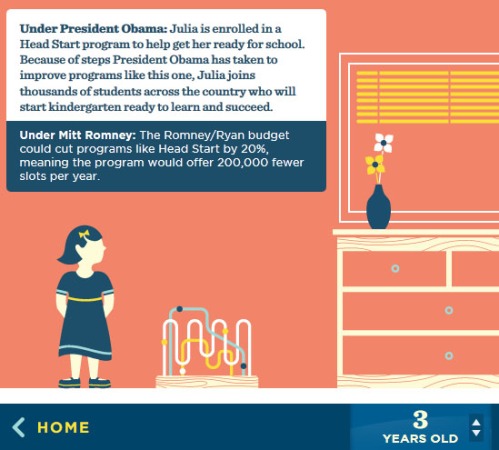 The website and slide show are available HERE. You may want to drink something first. Personally, I felt a little ill seeing how this administration wanted women to live their life, being tethered to the Federal Government their entire existences.

There have been quite a few take-downs of this since it hit, with Twitter almost catching fire from the sarcastic, but very funny, critiques of such a life. One of my favorites thus far:

re #Julia. The Left believes in cradle to the grave assistance, it's just sometimes really tricky making it to the cradle.

Heritage Foundation put out a complete mock version which has been received well. Although in my opinion, it’s not extremely entertaining. 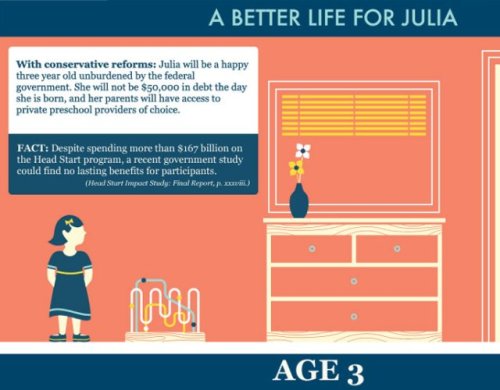 Visit Iowahawk’s page, and check out his wonderfully acerbic take on this. 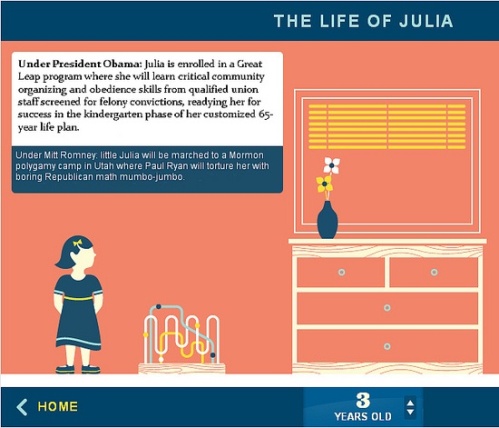 You’ll get the gist of the other takes, and you’ll definitely laugh more with Iowahawk’s satire than with the other two, combined.

24 responses to “Three choices for Julia”